If you know all about the Windows Build Tools, and all you need is how to install/build/etc, the direct links are below.

The GNU MCU Eclipse Windows Build Tools is a Windows specific package, customised for the requirements of the Eclipse CDT managed build projects. It includes a recent version of GNU make and a recent version of BusyBox, which provides a convenient implementation for sh/rm/echo.

Note: Traditionally Windows systems do not provide any standard make programs, and without one building Eclipse managed projects is not possible (using the internal builder is highly discouraged, since it is no longer supported).

For those interested in technical details, if make does not find a /bin/sh in the path, it falls back to using the Microsoft cmd.exe when launching sub-processes. As with other Windows implementations, compared to Unix shells, cmd.exe is severely restricted, also impacting the make correct behaviour.

The managed build plug-in generally auto-detects the latest build tools version, by using the Windows registry keys or by searching several designated folders, and defaults to using it. If you need to use a different version, update the Global Tools Paths (or Workspace Tools Paths) in C/C++ → Build preferences.

Eclipse is a more or POSIX compliant environment, which favours the use of standard forward slashed for path separators, and all automatically generated make files use this convention. The version of the make and /bin/sh packed by GNU MCU Eclipse Windows Build Tools also favour POSIX standard forward slashes. 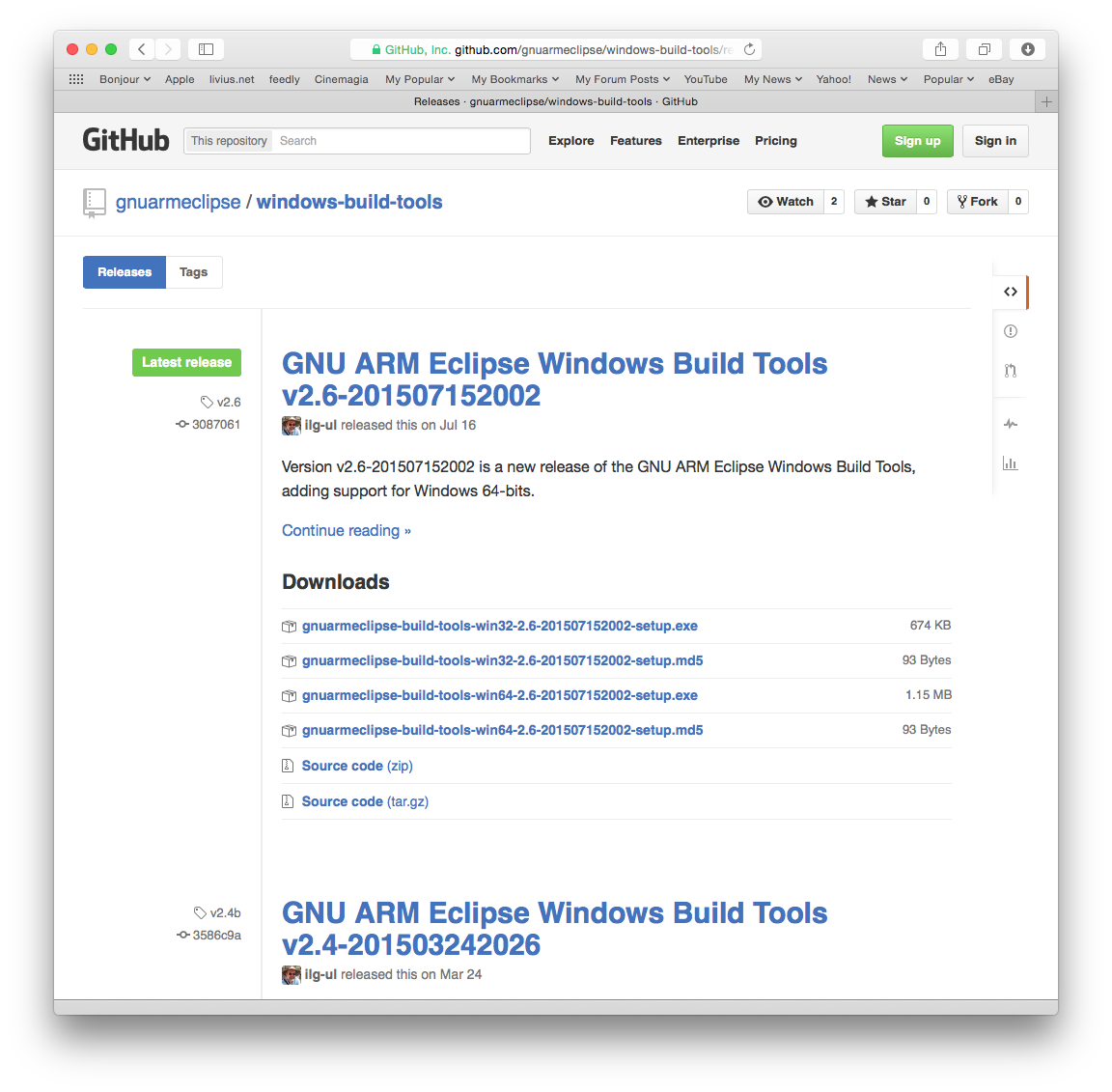 The details of installing the GNU MCU Eclipse Windows Build Tools on various platforms are presented in a dedicated Install page.

Please note that Eclipse plug-ins are not included in these packages, and need to be installed as usual.

It is planned to follow further GNU make and BusyBox releases, but the update frequency is not expected to be high, since these are already mature packages.

For those interested on the procedure used to build these packages, please read the How to build page. However, the ultimate source for details are the build scripts themselves, all available from the build-scripts Git.