Version 4.2.1-201711101735 is a major release; thanks to a contribution from SiFive, the project was enhanced with a template plug-in to create projects for the SiFive boards.

Important: the public URL for the new v4.x Eclipse update site is (http://gnu-mcu-eclipse.netlify.com/v4-neon-updates/).

A new template plug-in was added to create projects for the SiFive boards; it can be accessed from the New → C/C++ Project menu, the SiFIve C/C++ Project: 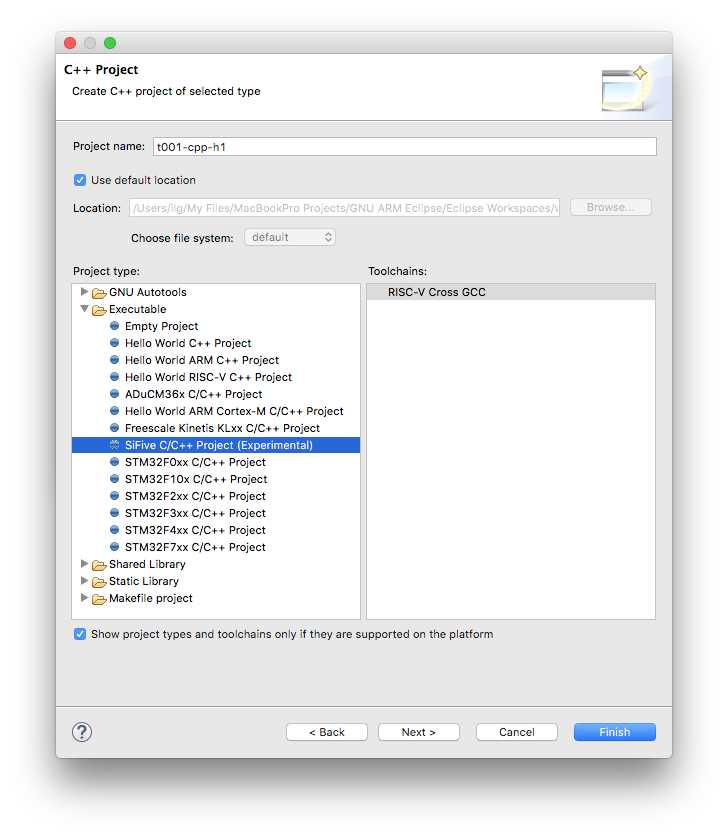 However, please note that this selection refers to the application files only; internally, the support packages are mainly written in C++, all with equivalent C API. For those with little C++ experience, this might be a good opportunity to start studying C++, by comparing the differences between the C and C++ projects generated with the same options.

The wizard has many configuration options: 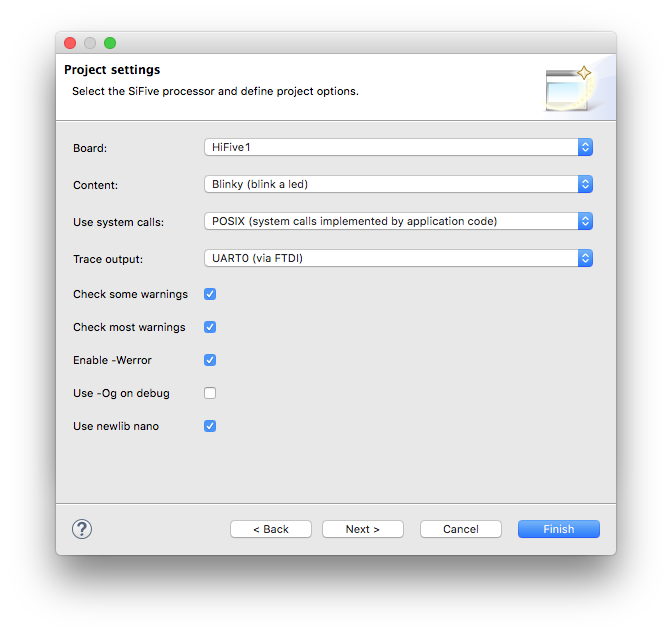 In addition to the initial riscv64-unknown-elf- toolchain, support for following toolchains was added: 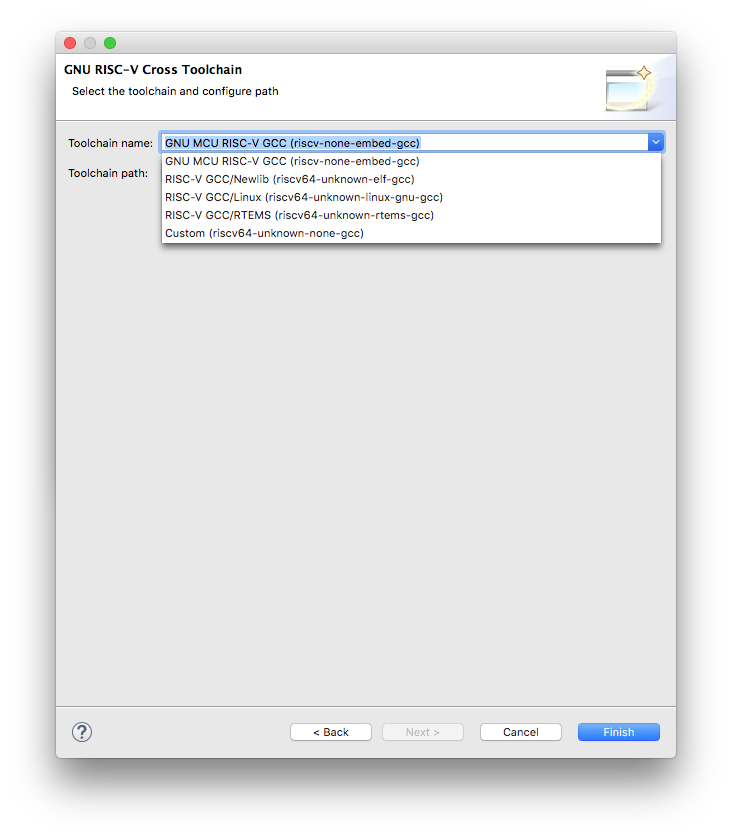 Separate paths for each toolchain can be configured in the Preferences… → MCU → Global RISC-V Toolchain Paths. 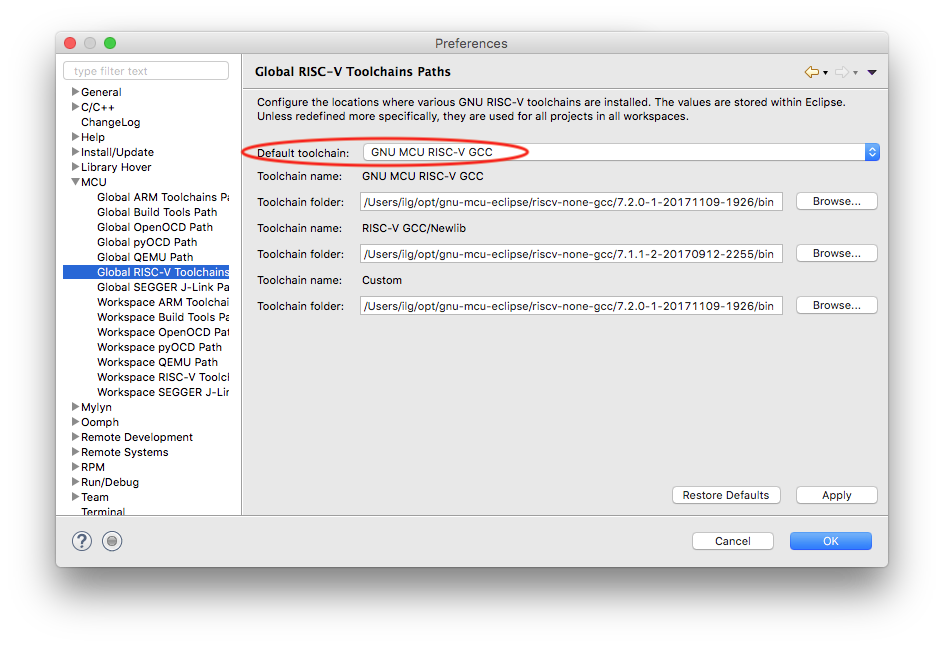 In the same page it is possible to set the default toolchain used when creating new projects.